Two weeks ago, we made a Sunday afternoon trip to the Harry’s near us. I had never been to this store, despite its proximity, but James managed to find a deal where if we bought a rotisserie chicken, he could get 2 lbs of German potato salad free! Let me tell you, this was quite the deal because the chicken was $5.99 and a delicious vanilla pepper flavor, whereas the potato salad would have been $12 if we didn’t get it for free. Crazy. They have to be losing money on this deal.

Or maybe not, because we did walk out of the store spending much more than $5.99. We stopped by the meat counter and got to talking to the manager, who, it turns out, went to culinary school several years ago. We were on the hunt for thinly sliced steak for German Rouladen–to go with James’ German potato salad, of course. Thankfully, the manager knew just what we were talking about, and even educated us a bit by saying that rouladen is one of the first dishes they ask you to make in culinary school. Crazy, because I had never heard of it before dating James. He also mentioned that he often makes chicken rouladen, so this got my wheels spinning and I decided that, as much as I love traditional German beef rouladen, I’d probably love chicken rouladen just as much. And yeah, I was right!

1. Trim extra fat off chicken breasts, lay on cutting board and cover with saran wrap. 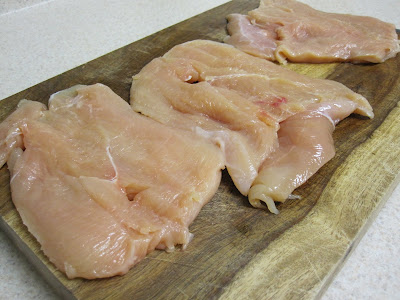 2. Thin out breasts by pounding with mallet, or, like me, a heavy ladle worked just fine. 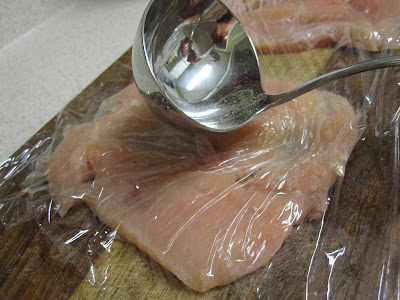 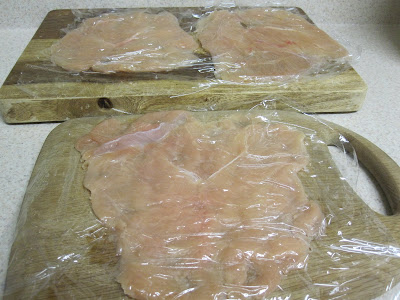 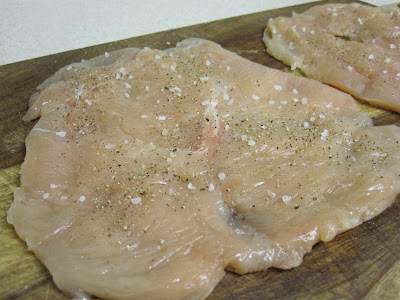 4. At the widest corner, lay a slice of bacon and top with spinach, sun-dried tomatoes and mozzarella. (I used raw bacon, but next time I’ll probably cook it partway so that more of the bacon flavor comes out.) 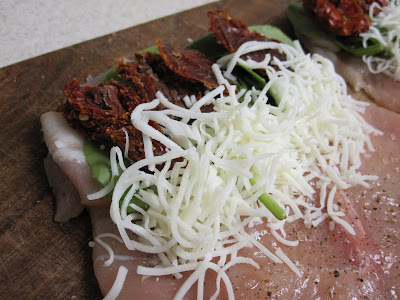 5. Tightly roll up each breast. Secure middle and ends with toothpicks if needed. 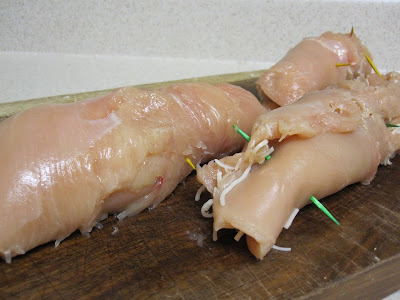 6. Place on pan and put in freezer.

7. In pot, sauté garlic for a minute or two, then stir in cooking wine and let simmer for 2 minutes.

8. Add in tomato sauce and chicken stock, and simmer for 10 minutes. 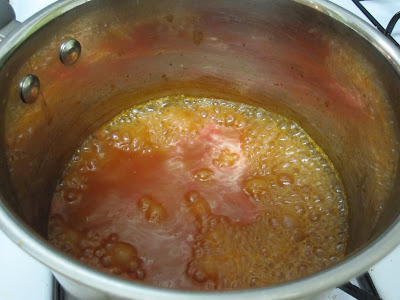 9. Mix packet of gluten-free gravy with one cup of water, and pour into pot. Bring to boil and boil for 5 minutes. Remove from heat. 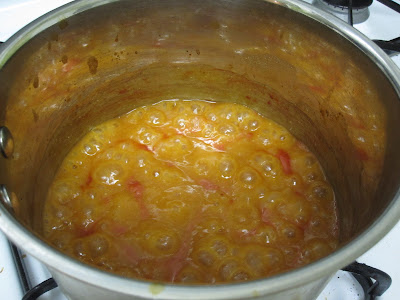 10. Set up breading station by filling one shallow bowl with coconut flour, one with eggs whisked with heavy cream, and one with almond meal. 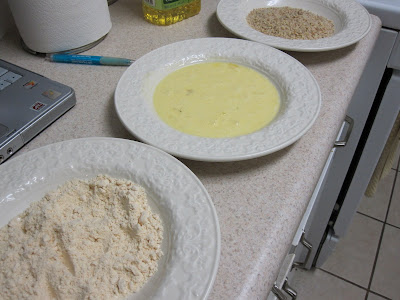 12. Remove chicken from freezer, coat with coconut flour, drench with egg mixture, then coat with almond meal and place in hot oil. 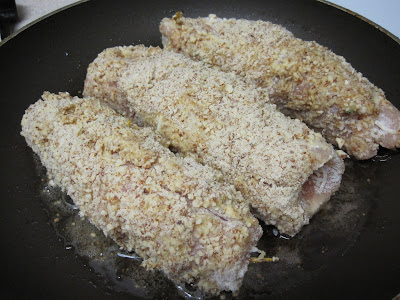 13. Turn chicken every minute or two once bottom side has browned so that all sides brown. Then place in baking dish. 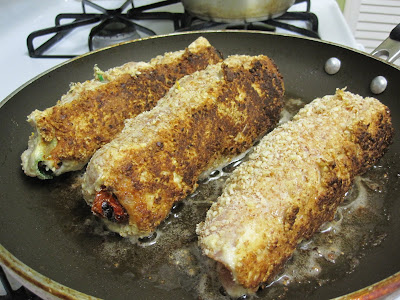 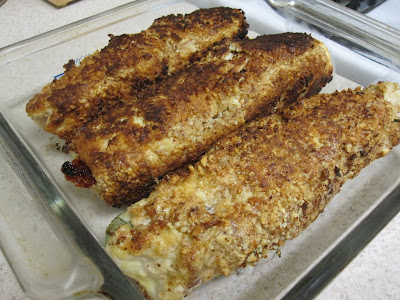 14. Cover chicken with gravy sauce, and bake for 40 to 45 minutes at 350 degrees, depending on the thickness of your chicken. You can cut one in half to check to see if it’s cooked. 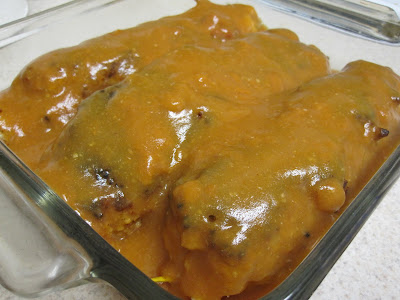 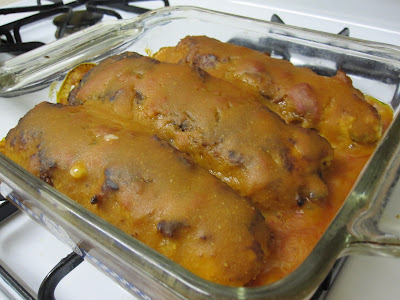 Yum! I will say that the tomato gravy and sun-dried tomatoes really made this dish. 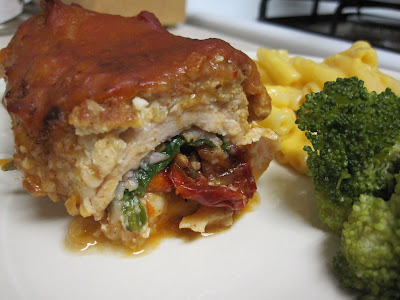 This recipe is part of Slightly Indulgent Tuesday, Real Food Wednesday and Gluten-Free Wednesdays.
Copyright The Hobson Homestead 2010 at hobsonhomestead.blogspot.com