Today, I took off work for a much-needed mental health day. Since I knew there would be some lounging later on in the day watching the CrossFit Games, I decided to go ahead and get up at 5:30 a.m. so I could eat a hot breakfast before going to the 7 a.m. CrossFit class.

After the warm-up, we did 10-9-8-7-6-5-4-3-2-1 of bench press and power cleans. I was paired with Adrienne, who has lost more than 35 lbs doing CrossFit and become a beast! James set up my bench bar at 65lbs and my power clean bar at 55lbs. Adrienne had 10 more pounds than me on each of her bars, and part of me wanted to say, give me more weight, too. But sometimes (in very rare instances) hubby knows best. So I sucked up my pride and did the workout with light weight, but in my condition, it was still a good workout for me. After a 5 minute rest, we tackled the pullup ladder, where you start with one pullup on the minute and increase by one pullup every minute. Months ago, I could get up to 12 pullups in 12 minutes. Today, I resorted to the band and didn’t even make 10. I know, this sounds like a pitiful ‘woe is me’ story. I think it’s really just me getting more used to the idea that my body is changing and I can’t do everything I used to.

When I came home from the gym, I knocked out two desserts to take to the CrossFit Games/CrossFit Addiction’s 3-year anniversary party tomorrow. I won’t be able to attend, as I’ll be cruising Lake Lanier celebrating one of my best friend’s birthdays. But still, I wanted to make something fun for the party. I baked a cinnamon crumb cake and a chocolate cake with chocolate cream cheese icing (I’ll post that recipe soon). 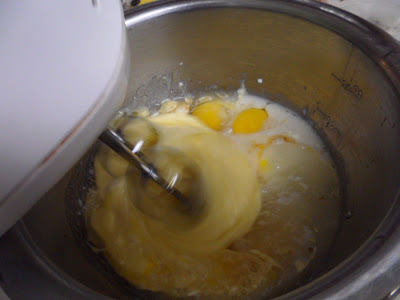 2. Blend in both flours, sugar, salt and baking powder. 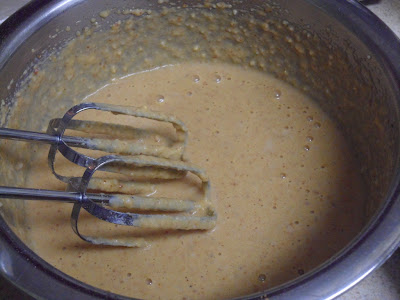 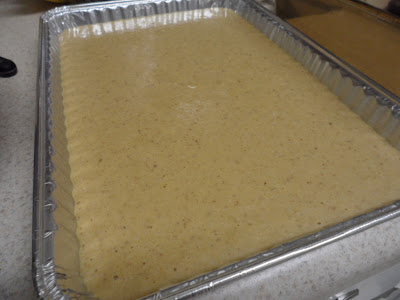 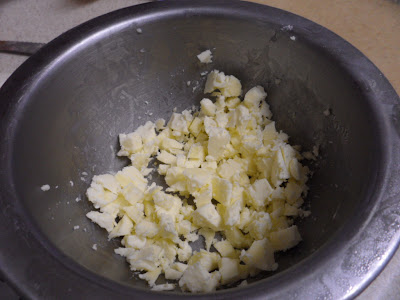 6. Fold in sugar, cinnamon and flour. 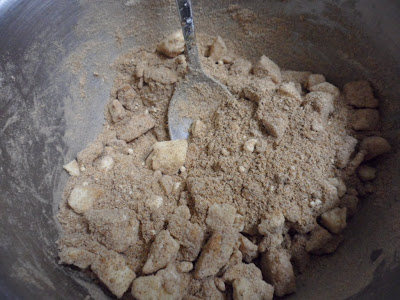 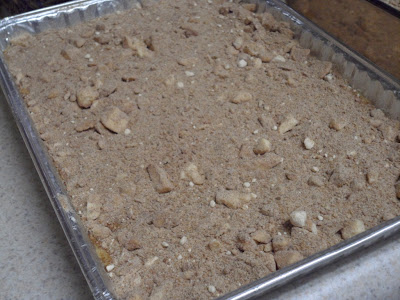 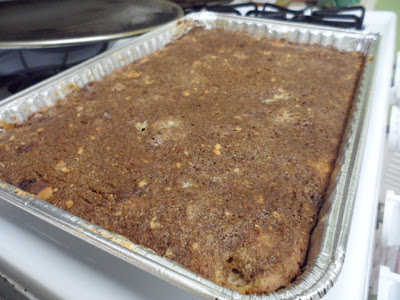 9. If you want to make it more dessert-like, in small bowl blend cream cheese, butter, agave and milk for icing. Drizzle over cooled cake and sprinkle with cinnamon. 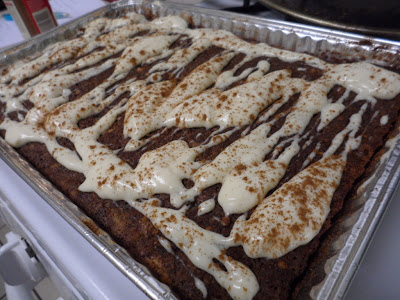