Last night, a few of us participated in game night at my friend Gretchen’s place. We enjoyed quite a paleo feast before starting up a marathon game of Taboo, girls vs. boys, of course.

I’m not sure if there’s a particular name for it, but Gretchen made bacon-wrapped chicken and veggies. She used sliced carrots and zucchini. Very good, and very good for you. 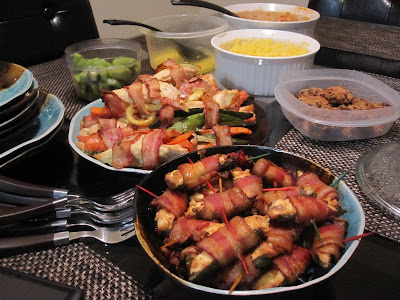 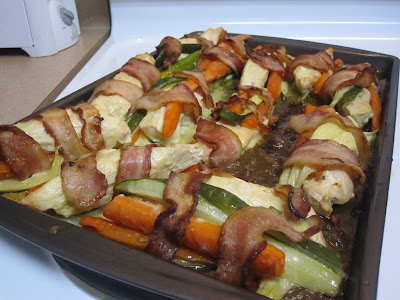 As if that wasn’t enough bacon, I made jalapeño poppers. Basically, you just slice the jalapeños in half lengthwise and core them to remove the seeds. Then fill with cream cheese, wrap with bacon and bake on 350 degrees until bacon is browned. I baked them roughly 30 minutes at my house, then 15 more at Gret’s. 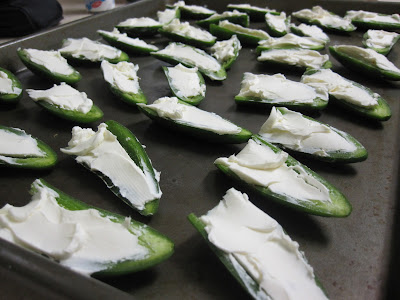 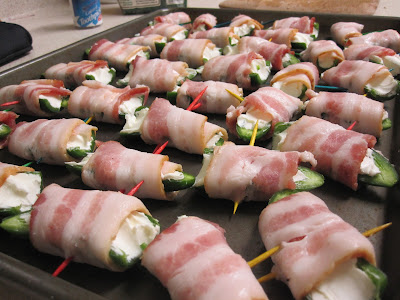 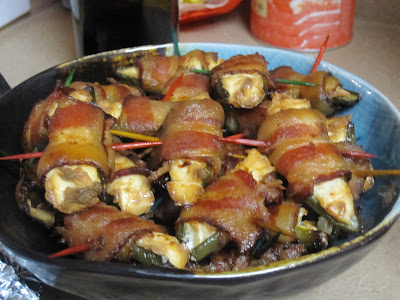 I also tried out The Pioneer Woman’s Butter Chicken, only I subbed coconut oil for butter, coconut milk for heavy cream and cauliflower rice for white rice. I should have seasoned it a little more, since the lack of butter and cream resulted in lack of salt, but it would have been perfect with some shredded cheese on top. I’ll definitely experiment with this again. It’s a great way to cook chicken when you’re tired of eating chicken! 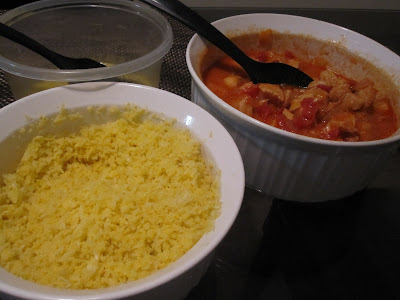 Gretchen also made some paleo bread, which James used to sandwich his avocado slider. 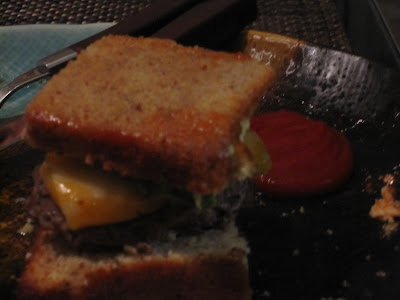 It was a great night because of three things:
1) lots of laughs
2) lots of bacon
3) the girls won! 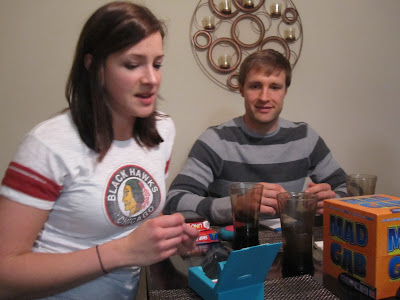 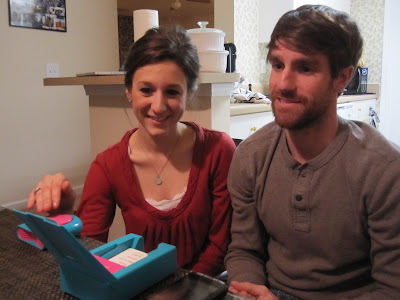 Besides fresh kiwi, I experimented yesterday afternoon and made some coconut chocolate chip cookies. So far, this is the closest version I’ve made to regular cookies. My palate was definitely convinced it was a treat that couldn’t possibly be good for me. And yet, it was…in moderation, of course. 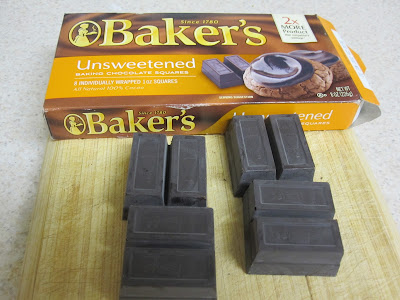 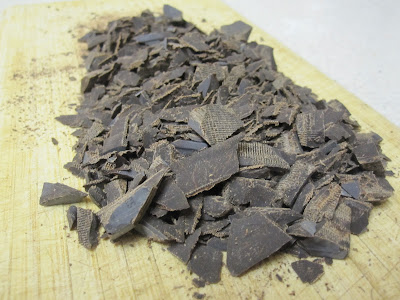 3. In medium mixing bowl, combine all ingredients except chocolate. Mix with blender or by hand until it resembles normal cookie dough. 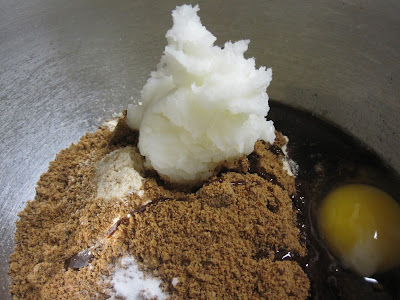 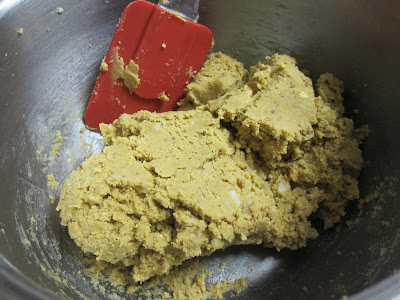 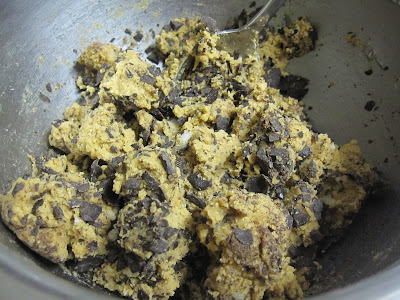 5. Place 1-inch chunks of dough on cookie sheet and bake at 350 degrees for 8 to 10 minutes. One thing I did learn about these cookies is that they don’t spread out like normal cookies in the oven. In fact, I had to flatten them out a bit with a spoon about halfway through. 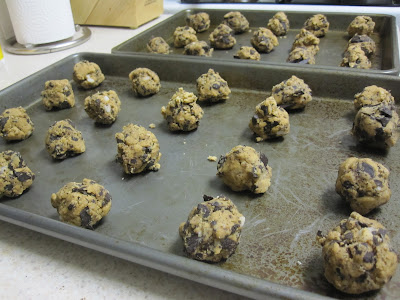 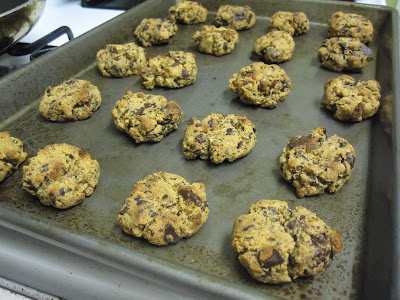