It’s no question I love spaghetti squash. I recently bought one on sale, and wanted to do something else besides the typical meat sauce marinara. So I browsed the Internet and came across a recipe from The Pioneer Woman that I changed up a bit by adding chicken and subbing spaghetti squash for spaghetti noodles.

The subtle flavors were quite tasty, especially with some parmesan on top. I used the ‘throw everything in a pot’ and simmer approach. But the Pioneer Woman used a step-by-step method for her sauce, and it may have turned out better. I’ll never know until I try it again. My biggest problem was I didn’t have a large enough sautee pan, but I did use more of some ingredients than her, so maybe I’ll chalk it up to that. I’m not saying it was perfect, but it was good and hot on a cold winter’s day. At any rate, I’ll definitely make this again, and work on tweaking the proportions, adding more herbs, trying coconut milk and maybe even subbing bacon bits and kielbasa for the chicken.

1. First, cut your spaghetti squash lengthwise and place face down on pan that is greased with olive oil (roughly 1 tbsp). Bake at 350 degree for roughly 45 minutes. 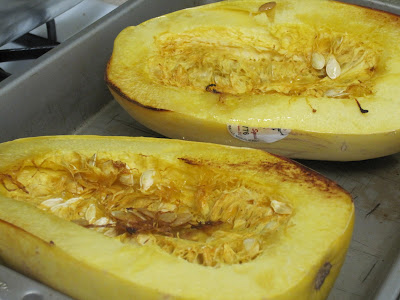 2. Meanwhile, dice onion and mince garlic, and sautee in pan with 1 tbsp olive oil for 3 minutes. 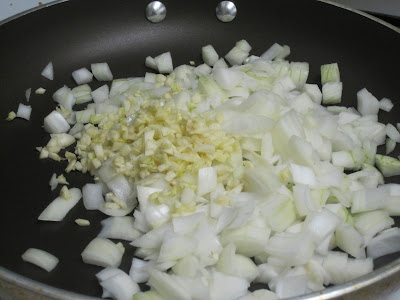 3. Trim your chicken breasts and cut into cubes, then add to pan and continue to sautee. 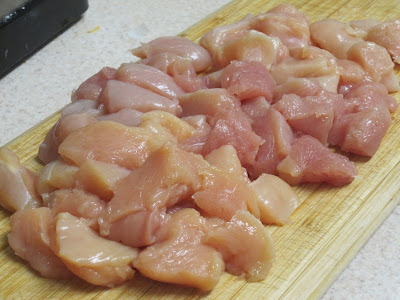 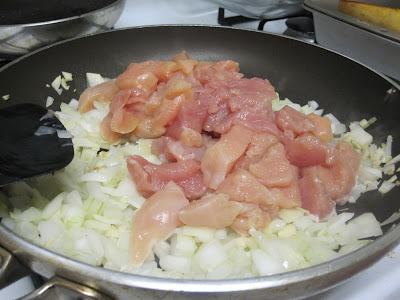 At this point, I realized I should have been cooking in a dutch oven, because my sautee pan was almost full.
4. In dutch oven, combine artichoke hearts (drained), diced tomatoes, chicken broth, cream, nutmeg, salt, pepper and sautee mixture. 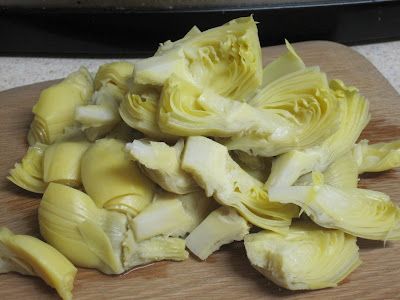 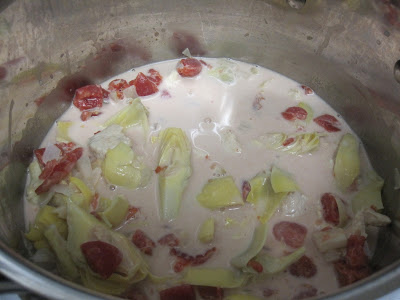 5. Simmer for 20 minutes. My new ladle I got for Christmas! 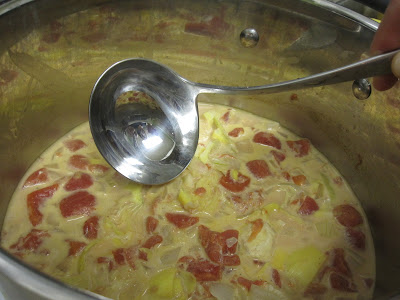 Serve and sprinkle with parmesan, if desired. 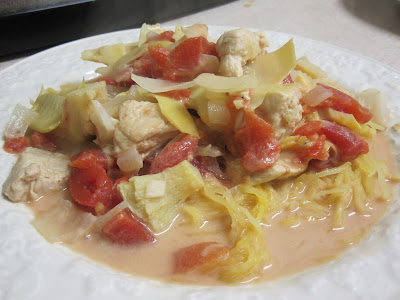