Age is definitely relative. Some days I act as if I’m 21 again, and some days I could pass for 40. And on rare occasions, I’m living proof that 70 is the new 28.

Friday nights are typically low-key for us. They wrap up the end of a long week of waking up in the 4 and 5 o’clock hours (a.m. people!). On Fridays, it’s usually all we can do to cook dinner, especially since we have to be up at the gym Saturday morning.

So when our friends Chad and Kellie invited us over for a night of grilling out and cards, we jumped at the chance to be low-key and social. We agreed that each couple should provide a meat for grilling and a side. Chad and Kellie supplied seasoned chicken and cauliflower mash, while I brought burgers and stacked salad. And for a surprise dessert, I concocted a paleo raspberry crumble, which I’ll fill you in on tomorrow.

So we ate well and pulled off acting like 70 year olds, admittedly, enjoying every slow-motion second. We played Back Alley after dinner–a first for the Hobsons. Somehow, I managed to eek out a win. (Actually, I crushed everyone–but who’s counting? Actually, I am–I’m super competitive about some things, and cards happen to be one of them.)

When the clock struck midnight, we ventured back home, while I thought about how crazy it was that we stayed up later playing cards than we would have going out with friends. If this really is the life of a 70-year-old, I can’t wait until I get there!

1. Find a pretty glass bowl. This is your chance to use one of those wedding gifts you’ve had stored away for years. 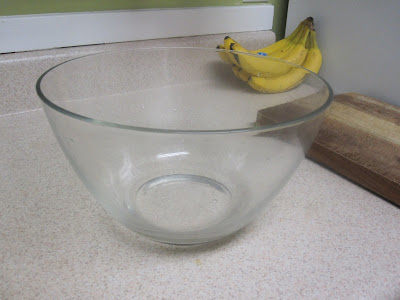 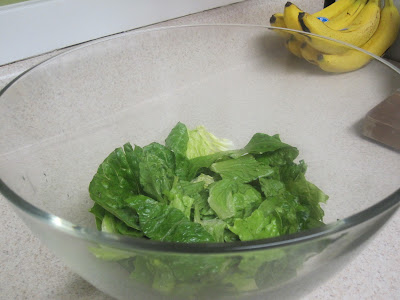 3. Sprinkle with salt and black pepper. 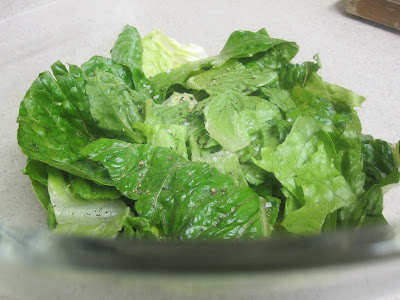 4. Grate carrots and add as next layer. 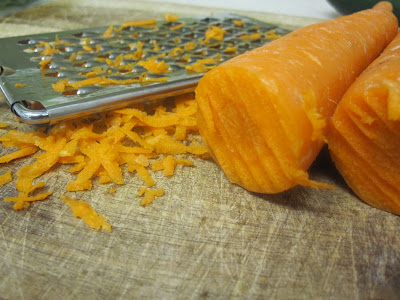 5. Hard boil 5 eggs, then remove shells, chop eggs and layer in bowl. Out of the 5 eggs I boiled, I only managed to remove the shell from one egg without major ugly issues. 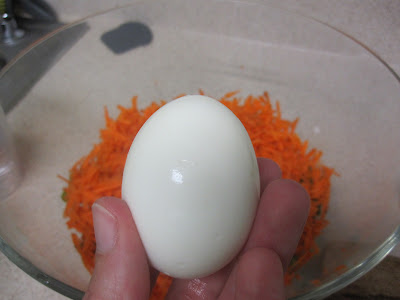 It was really hard to chop up that one perfect egg! 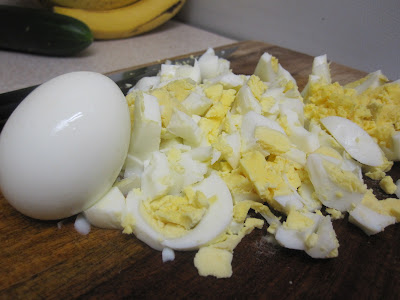 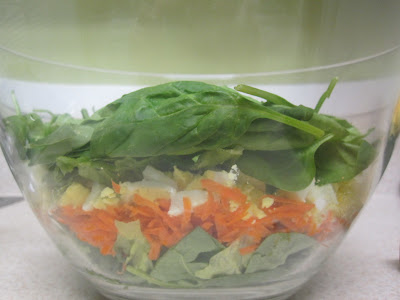 7. Cook bacon and crumble it. Hands off–don’t eat too much! Then sprinkle in bowl. 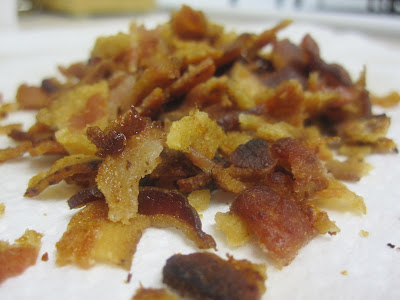 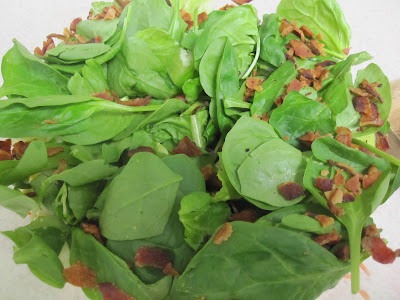 8. Dice up cucumber and add as next layer. 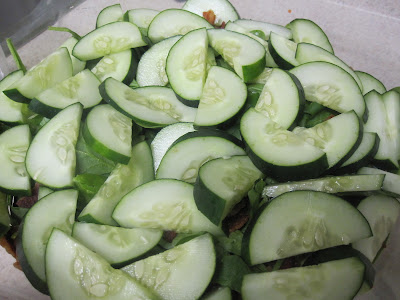 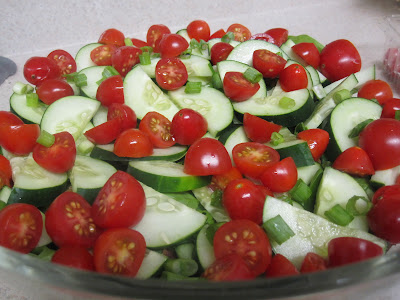 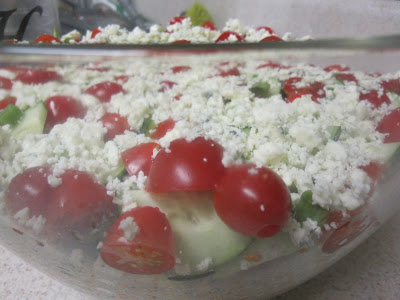 11. Then, slice avocado and add as final layer. 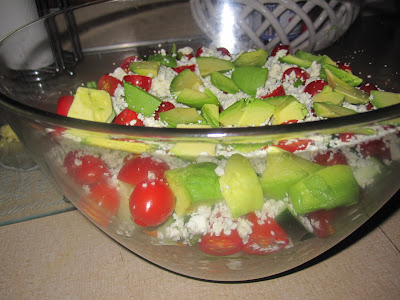 Show off your creation at a dinner party or potluck! When you’re ready to eat, toss the salad and garnish with olive oil and balsamic vinegar. 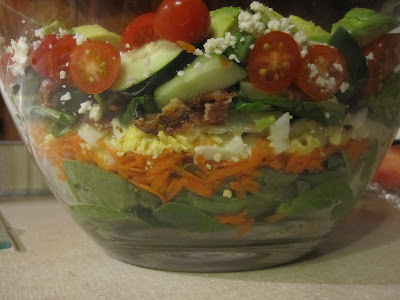