Once I settled in at home and my milk came in, things got much better. I won’t say everything was easy, as I was super sleep deprived, but nursing was really very intuitive for me and James Michael. I was sensitive at first, but thankfully never had cracked nipples or bleeding. I used Lahnisol every day or two during those first couple weeks when I began to feel slightly tender, and that seemed to work for me.

Nursing Techniques
Eight months into my pregnancy, I took a breastfeeding class that Northside Hospital offered. I learned various techniques and other useful tidbits of information. I was surprised that out of a class of 10 moms-to-be I was the only one asking questions. Let’s just say I definitely got my money’s worth. The lactation specialist highly recommended the football hold for nursing. I tried that for the first week or two, and it just wasn’t ideal for me. It was hard to get a pillow propped up comfortably, and I wasn’t sure what was supposed to happen to my baby’s legs, because it seemed they always got scrunched up at the back of whatever chair I was sitting in.

So I switched to the cross-cradle and eventually the classic cradle position once JM had better head control. These were the most comfortable for me, and seemingly James Michael, and it was very easy to achieve the right angle.

Another technique that many women use is side lying. We did not co-sleep with JM, as I just didn’t feel comfortable doing it, though I know many women who love it. For co-sleeping, side-lying nursing is very common. For me, I chose to use this technique a handful of times in the middle of the night, mainly when I was so tired that sitting up in a chair to nurse seemed like a lot of effort (crazy, I know!) This side-lying technique ensured I relaxed my shoulders more, but it was a little more effort to switch sides and to burp JM. Often, he would fall asleep after nursing, but because we didn’t co-sleep, I had to get myself up and then pick him up, which oftentimes woke him back up. 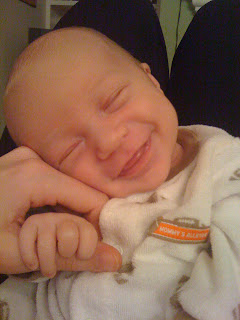 Feeding Schedule
James Michael nursed every 2.5 to 3 hours for the first two months. Around 9 or 10 weeks, he would eat every three hours except for one feeding, which he would extend to 4 or sometimes 5 hours. This stretch typically occurred right when we put him down for bed, between 7 and 8pm. Unfortunately, I was rarely able to capitalize on 5 solid hours of sleep because I wasn’t going to bed at 7pm.

One of the hardest parts of breastfeeding is that feeding your baby in the middle of the night is all dependent on you. On several occasions, I told my husband I wish he had boobs for night feedings 🙂 Even if my husband were to give JM a bottle of pumped milk, I still needed to pump during that feeding so that it didn’t affect my supply. I’m sure I could have gotten away with sleeping through a bottle feeding a couple times, but I wanted to feed on demand as much as possible the first couple months to help establish my supply.

Once James Michael was two month’s old, we really found our groove. We didn’t have a set schedule, but I was very in tune to his cues and patterns. When he was fussy, he was either hungry or tired. We got out and about much more, and I timed errands in between his feedings. I nursed at the gym, in bathroom stalls (on a bench, thank goodness) and in the back seat of the car. My mom and I traveled to visit my sister in Bluffton, S.C., when JM was 2.5 months old and I pumped in the back seat and then fed him that bottle directly afterwards. JM was good about nursing anywhere, and I was happy to oblige. 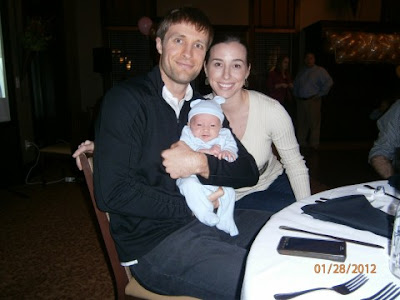 Supply and Supplements
Though I’m unsure of how much James Michael was eating during his nursing sessions his first couple months, I do believe that I produced just enough for him. I’ve been fortunate in that I’ve never had mastitis and have only been engorged once, which happened the one time I chose to sleep through a bottle feeding in the middle of the night. Luckily, it went away after a few feedings and I learned my lesson that it was better to just wake up and let JM nurse in the middle of the night. I never dealt with oversupply or had to worry about wearing nursing pads, and was never self conscious about leaking while working out (even when doing dozens of burpees!). It was really a great balance.

I’ve read about lots of supplements out there, from fenugreek to brewer’s yeast to oatmeal. But I never went down those paths, as James Michael was always satiated.

I took 12 weeks of maternity leave, so I pumped occasionally (a few times a week), but finding time and figuring out the right timing to pump in those first couple months was hard. I normally had about one bottle built up in the fridge at all times. After nursing every 3 hours throughout the night those first couple months, James would feed JM an early morning bottle around 8 or 9am so that I could sleep a three hour stretch or take two-hour nap (on the mornings that James had to be at the gym at 6am). I didn’t skip that feeding, but I delayed pumping for an hour or so after JM ate so I could rest. This worked great for us, and I learned that it didn’t affect my supply. This little break was just enough to keep me going during the day; I was running on little sleep, a decent amount of adrenaline and a lot of love.

While I was pregnant, I had wanted to build up a decent freezer stash, but that never happened. So I found myself pumping between feedings like a mad woman to create JM’s first day of bottles only days before I went back to work. For future babies, I plan to pump from the beginning to build up my stash. But being a new mom and not used to the exhaustion or the strategy of pumping, I cut myself some slack this time.

The week before I went back to work was bittersweet. I had finally perfected that balance of figuring out JM’s tendencies, a loose schedule and how to actually get stuff done with a baby. Those first three months flew by at lightening speed, and in the blink of an eye I turned into a working mom.

Stay tuned for upcoming posts on pumping at work and breastfeeding 3-6 months.
Copyright The Hobson Homestead 2010 at hobsonhomestead.blogspot.com
Previous Post Next Post