I can’t believe how the fall has flown by, and now it’s just a week until Christmas. With exactly two weeks until my due date, I’m really hoping I’ve gotten all things baby taken care of in case he comes a little early. At my past two weekly OB appointments, my midwife has hinted that this baby will definitely not be late. As of Monday, I was 1 to 2 cm dilated and 80% effaced. Hoping to learn I’ve continued to progress at my appointment this coming week.

Here’s a look back at the past month or so and what’s been going on in the Hobson world.

34 weeks, donning an Atlanta Affiliate LeagueT-shirt. Gotta represent, even if I can’t compete! I’m starting to question if this was actually a 34 week picture, since it looks like I’ve grown a ton in the 35 week picture. Maybe it was 33 weeks, who knows. 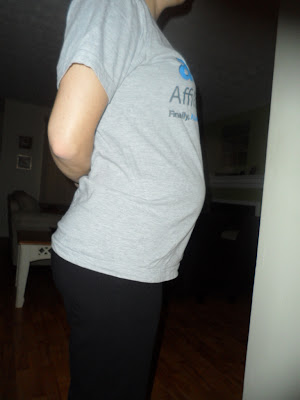 35 weeks over Thanksgiving weekend. With fitted clothes, you can see the bump is quite large and in charge. 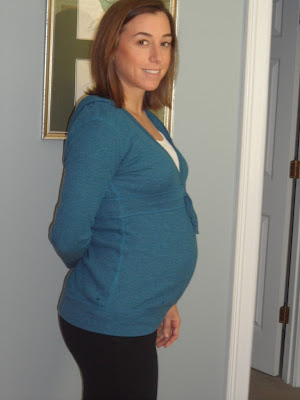 36 weeks. Looks like this is when he started dropping. 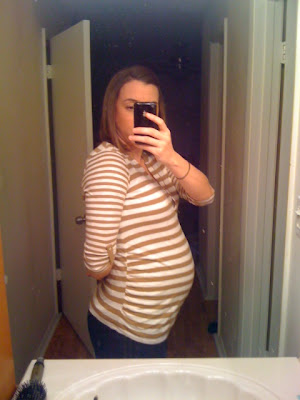 37 weeks headed to a CrossFit Addiction girls night in. 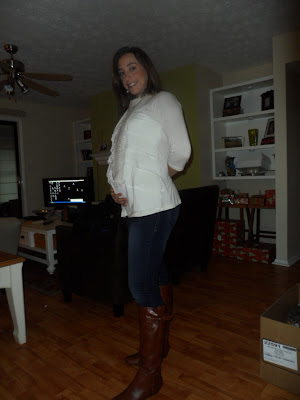 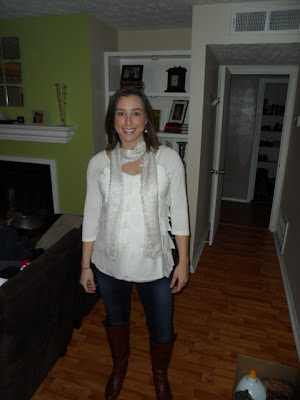 Our gracious host Lori even made the two pregnant gals mocktinis–grapefruit and pomegranate! Sorry for toasting right in front of your face, Corin! 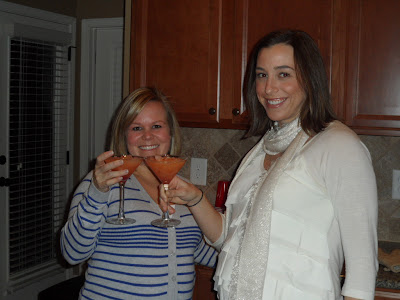 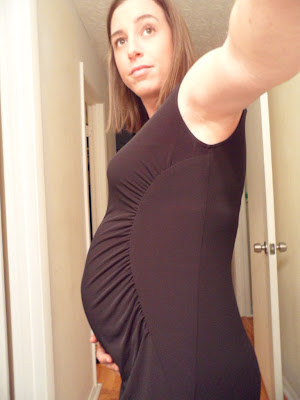 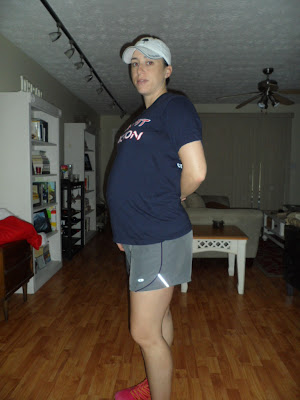 4 rounds:
250 m row
10 slamballs 15lbs
10 kettlebell swings 35lbs
10 overhead squats 45lbs
10 push press 45lbs
= Roughly 16 minutes
Only time will tell if it works. Several people have suggested eating the eggplant parmesan at Scalini’s. Only I’m not sure I like eggplant parmesan! As excited as I am about the prediction of him being early, I’m still feeling good and am in no rush to hurry him out–I want him to beef up a bit and keep putting on weight.
The other day, James told me it’d be really nice if he came on a Saturday, since the gym is closed on Sundays and he wouldn’t have to worry about getting coverage for classes. I agreed that yes, that’d be ideal, but a very small likelihood. During my next couple visits to the gym this past week, 5 different people came up to me asking about Saturday and if I was ready. Ha. James has apparently told everyone that he hopes the baby comes on a Saturday. Maybe he thinks that if you get enough people talking about it, it actually happen.
Copyright The Hobson Homestead 2010 at hobsonhomestead.blogspot.com