another day on the beach…shrimp and grits

A picture is worth a a thousand words, so I’ll spare you too many details and highlight only the good stuff.

Our friend Kevin (future Honey Do List extraordinaire) and his wife Nicole traveled from Augusta for a day visit. As fellow CrossFitters with a competitive streak, Kevin challenged everyone to handstand pushups. 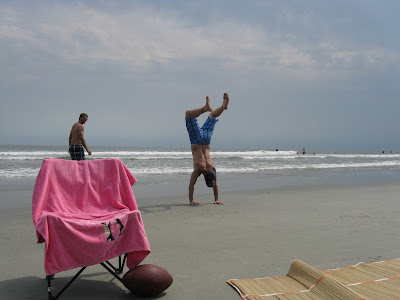 James followed suit with a respectable handstand, but the pushup part needed some steadying. (I was deemed photographer, lest I break my neck.) 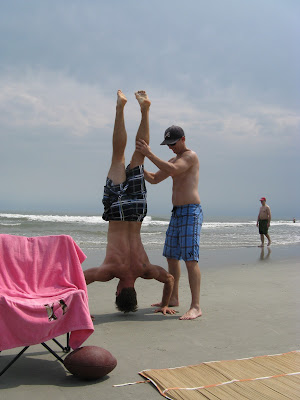 After seeing the guys’ attempts, Nicole knew it was time for her to make a debut. She promptly flipped up into a handstand, and began to walk down the beach, as if she does it all the time. (I was beating myself up about not being able to replicate this feat, but then I learned she’s a past gymnast. Ah-ha!) 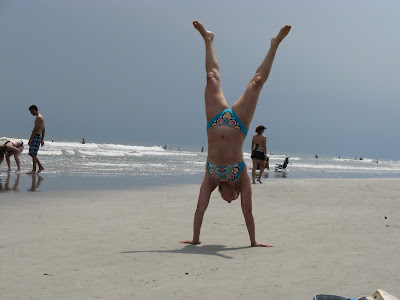 To give Nicole a rest from all that blood rushing to her head, the four of us went on an hour-long beack walk, and ran into quite a few washed-up jellyfish. When we returned, us girls retired to our lounge chairs while the boys broke out the Waboba ball. 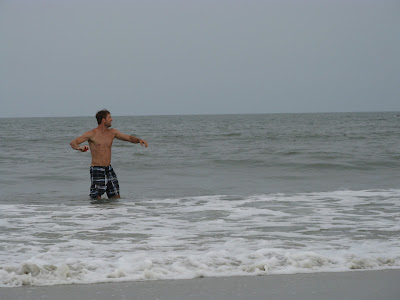 And competition was back in motion as they attempted to try to throw the ball as far away from the other as possible. As a result, there were many diving catches. 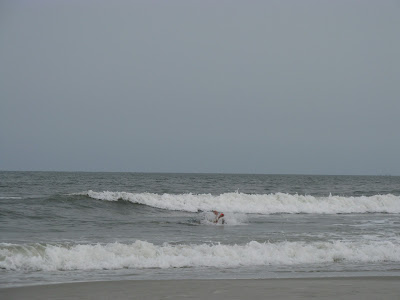 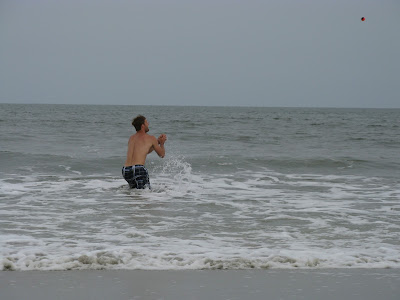 And all the while, my parents floated in the ocean. 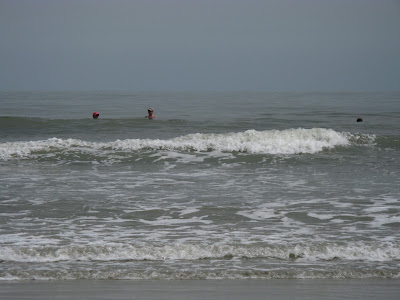 And Ellen and her friends rode bikes. 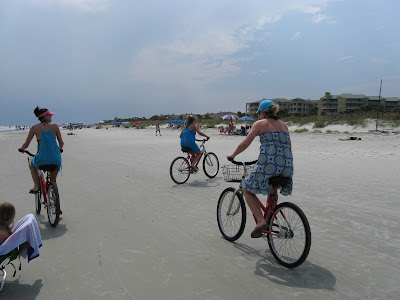 For breakfast this morning, we had a hearty spread, complete with shrimp and grits. 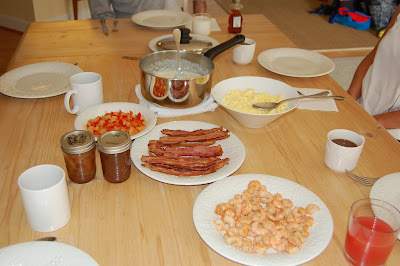 Shrimp and Grits
Ingredients
1. Peel and devein shrimp.
2. In large saute pan, turn to medium heat and add 1 tsp of butter.
3. Add in shrimp, and a dash of Old Bay seasoning and cajun seasoning.
4. Saute for 1.5 to 2 minutes, until shrimp turn pink.
5. Set aside and prepare 4 servings of grits according to the recipe on the box.
6. While they’re cooking, stir in cheese (we used provolone), a couple churns of cracked pepper, 1/2 tsp Old Bay, 1 tsp butter and 2 dashes of hot sauce.
7. In small mixing bowl, beat egg and 1/2 cup milk.
8. Slowly stir mixture into grits and simmer 2 minutes.
9. Plate grits and add shrimp on top. Garnish with diced sauted onions and peppers, if desired. 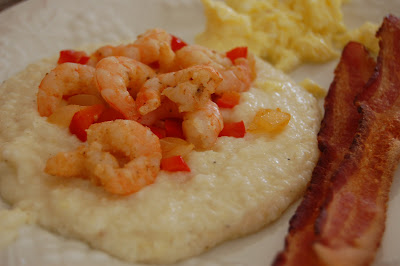